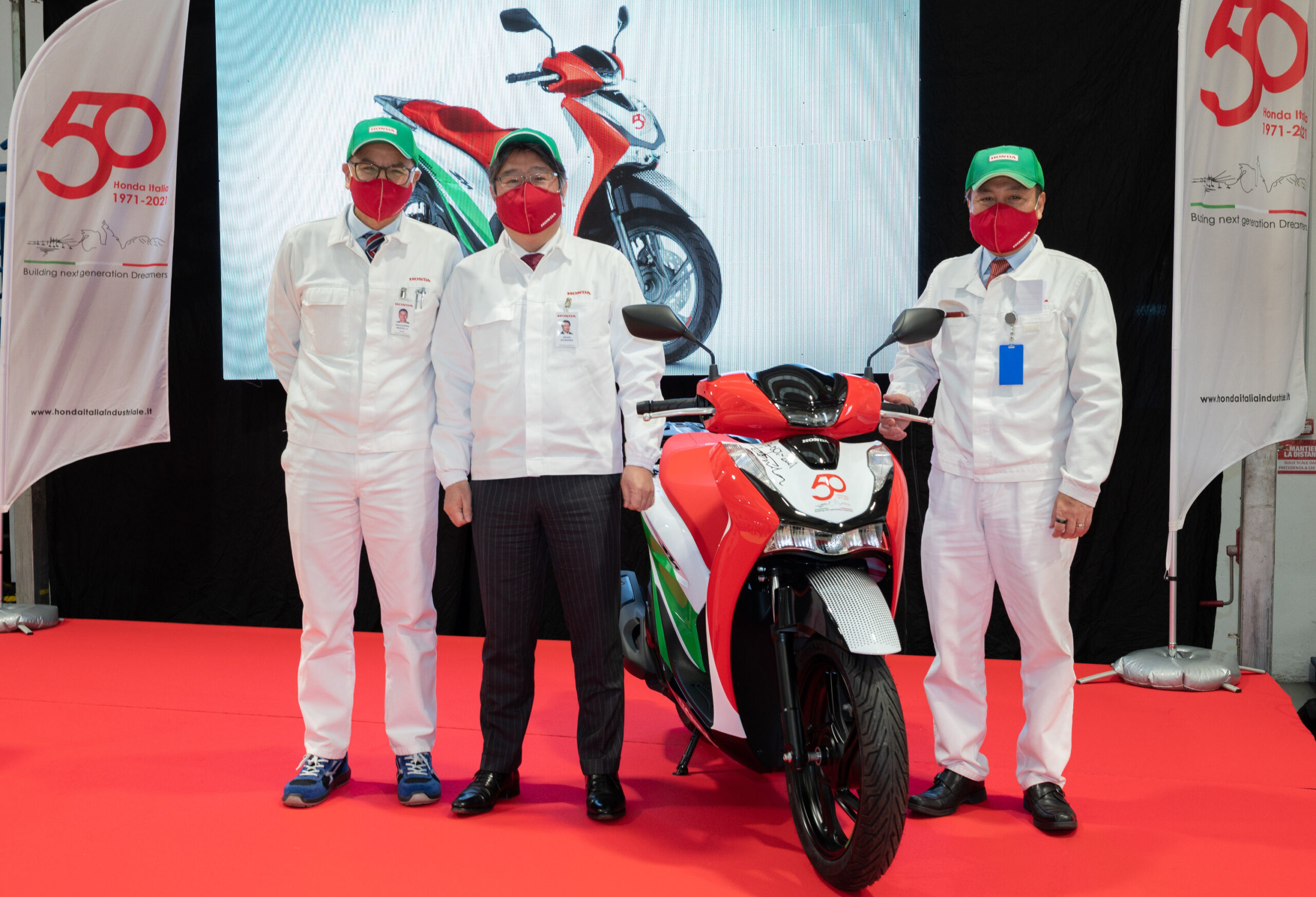 A special 13 October for Honda Italia Industriale S.p.A. which celebrated the 50th anniversary of its foundation. A day characterized by the presence of the highest officials of Honda Management, government authorities and social partners, who wanted to make their participation and proximity to the first production plant located in Val di Sangro.

“I want to congratulate Honda Italia on the fiftieth anniversary – commented Mr. Okuda – and I am very happy to be in Atessa to celebrate with you. I visited the production plant for the first time: I immediately noticed order and organization and saw the great motivation of all the Associates towards their work. Over the years there have been many changes that have made the level of competitiveness of Honda Italia ever higher, today the only Honda two-wheeler production site in Europe, and from this year the parent company of the other European production sites, to achieve great goals. This fiftieth anniversary is the result of a strong collaboration between Italian Associates, Japanese staff and the territory. My thanks are for everyone. We continue to bring joy to the many customers who are waiting for the excellent products made in Honda Italia! My expectations on Honda Italia are very high”.

At the end of his speech, Mr Okuda signed the special SH125 50th Anniversary customized with tricolor liveries. Saturday 16 October Honda Italia celebrated its half century together with Associates, suppliers and special guests. 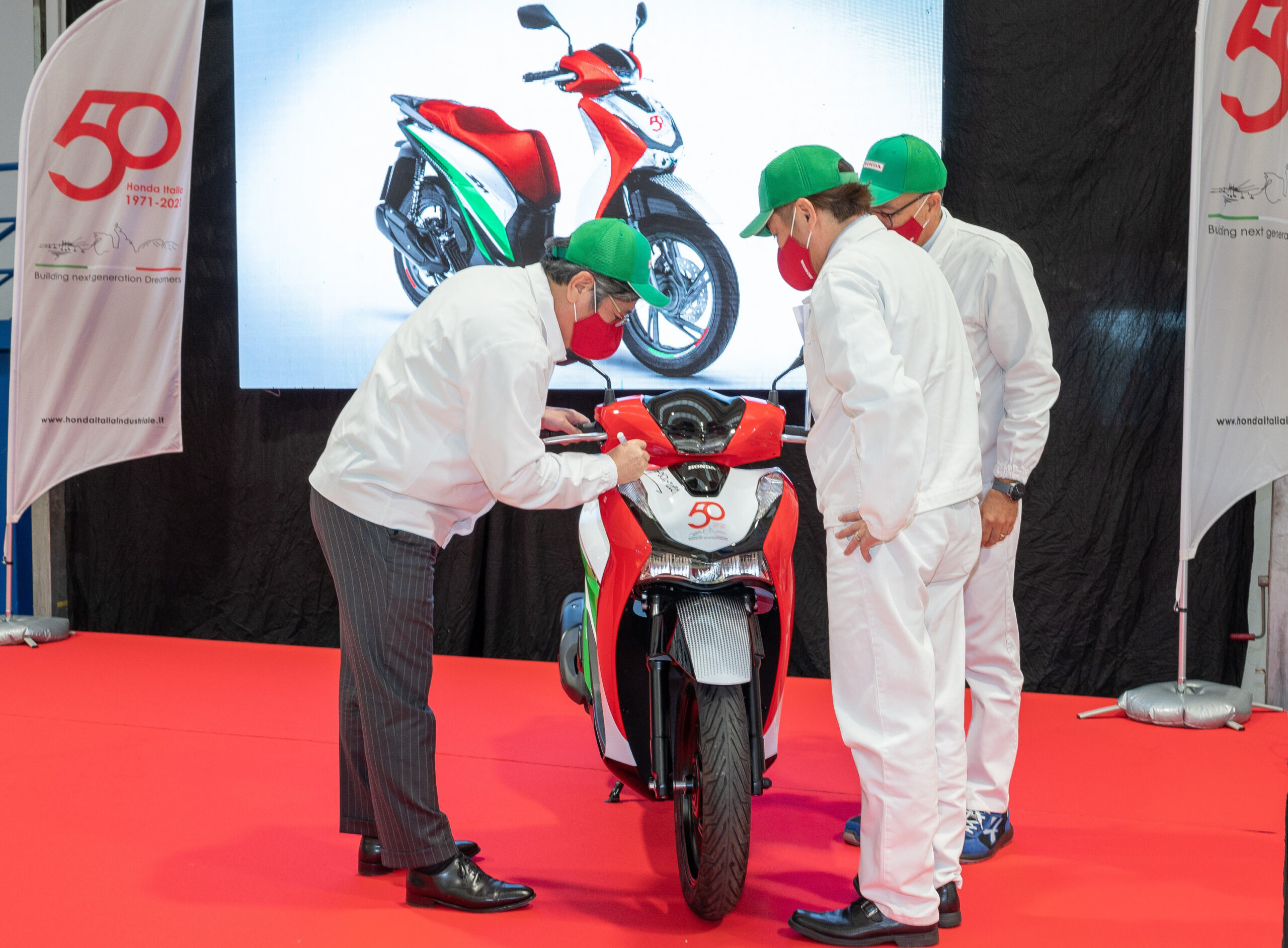 A few years later, in 1976, production of the CB125 began, the first example of Italian-Japanese collaboration in the motorcycle field. This light motorcycle was assembled in the Atessa factory where both semi-finished parts from Japan and numerous components produced in Italy were used. 2,800 units were built in the first year (12 motorcycles a day): this is the moment in which the company’s production process begins, constantly growing towards the development of new and increasingly innovative models.

“Thanks to those who have supported Honda Italia over the past fifty years. To all the Associates who work and who have worked with us, to the suppliers and customers who have trusted us. All, in some way, have contributed to make the name of Honda Italia great.

Ours is the only motorcycle production plant in Europe, there are many expectations about us that we will not disappoint. The great sense of unity and teamwork between the Management and the Associates is a value that distinguishes us and that I have felt since my arrival in Italy: as a company, we must continue to work together, to be proud of what we do and how we do it, always trying to improve ourselves, contributing to the growth of the Honda brand.

In the coming years, Honda will have to face major changes in its business activities, to increase its commitment in the field of environmental sustainability, to guarantee a greener future for the next generations of dreamers. We will be ready. As the slogan celebrating the 50th anniversary of Honda Italia says: building next generation dreamers. The motivation of all Associates to improve their individual skills and consequently the competitiveness of the Company will be essential to face better future challenges “.

“What we are I share with pride. Honda Italia is the first company born in the Val di Sangro district in 1971 and has always been considered “the Company”, the one that generates opportunities for the Society, the engine of industrial development, which promotes the culture of integration and collaboration between large global company and local entrepreneurship.

We are happy to celebrate fifty years, made up of successes, challenges, quality, continuous transformations to adapt to an increasingly difficult and competitive market. Fifty years lived intensely, with great respect for people and a strong vocation for the territory. With humility we have learned from the falls, guiding innovations, even radical ones, and nurturing continuous improvement on a daily basis.

The characteristics that will ensure a future as a leader are the ability to learn and to work in a team. The strategic objectives of the next few years, in fact, will lead us to act on change in ever shorter times and in areas where research requires important resources.

Together with our supply chain, we want to become the European hub for electric two-wheeled vehicles, with a green identity and flexibility in processes supported by digitalization. We want to pursue that “Creating Sustainable Value” described in the company Vision and to do so we will continue to invest in knowledge, planning and collaboration always having people at the center “.

A new model on the way

In 2021, the confidence gained by the Atessa plant was renewed with the assignment of a new model that marks a further step forward in the technological evolution of 2-wheeled vehicles and positions in Europe the creation of a product that will be a reference in the its category. It will be previewed at Eicma, the international two-wheeler exhibition scheduled from 25 to 28 November.

It will be a source of pride for Honda Italia to launch a new model on the market that will have strengths towards its competitors (greater agility in urban use, aesthetics with off-road design), strengths towards the other Honda Italia models (lights with off-road setting, suspension technology, LCD screen), strengths regarding industrialization (introduction of Top Bridge technology, testing of ABS systems for homologation purposes for the European market, on-off tire management, TCS system with double setting ). 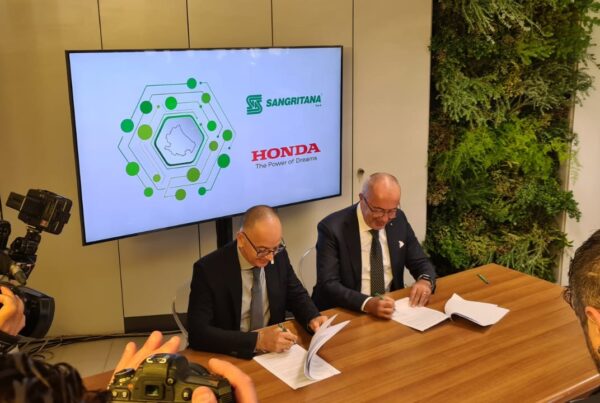 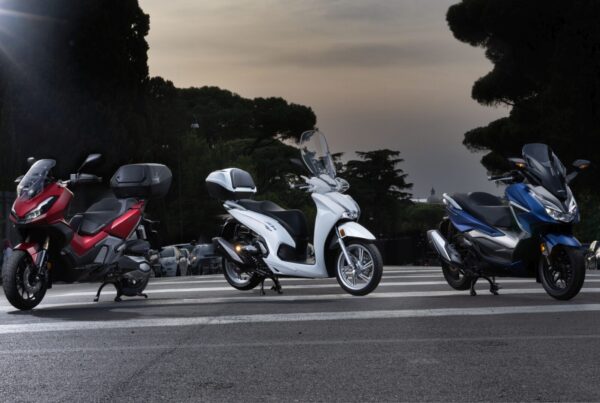 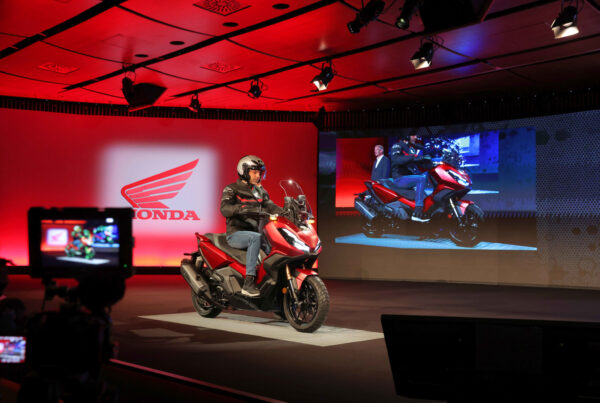